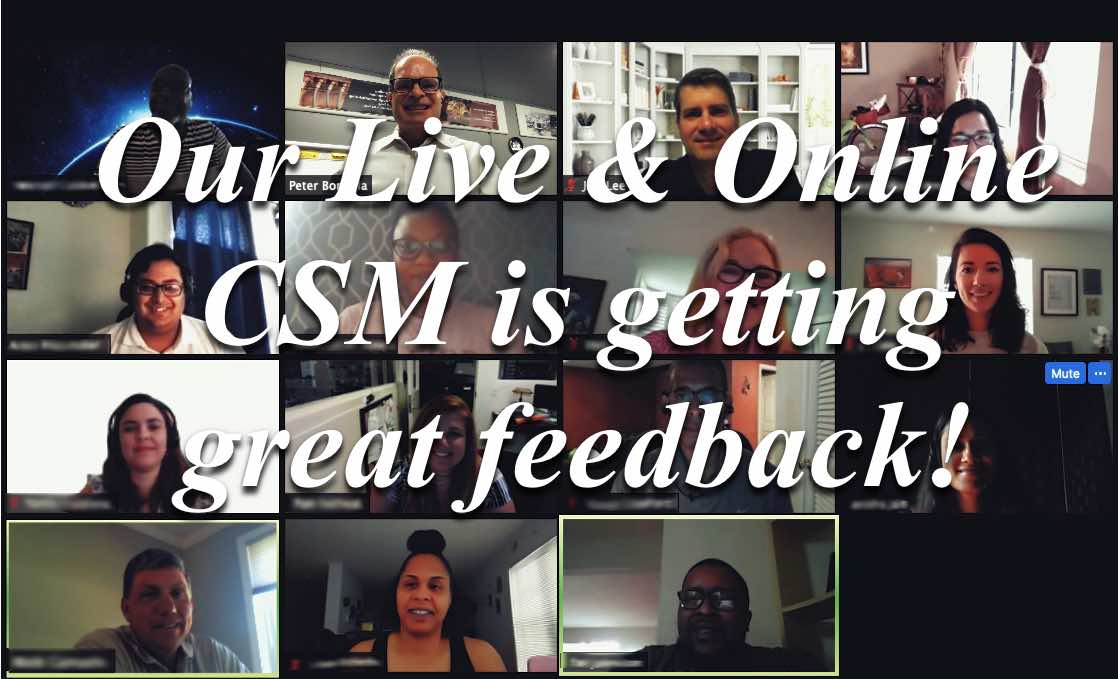 If there’s one word that has become practically synonymous with Scrum its “collaboration”. Whether you’re running a small start-up team or a massive group that is operating on numerous levels, Agile development within the Scrum framework requires fantastic collaboration. Interestingly enough, it is also one of the best ways to facilitate that collaboration. During our ScrumMaster training and certification class in Boston, Massachusetts, you’ll see just how well Scrum can bring a team together to get a job done.

It’s unfortunate, but traditional management often gets things done by promoting competition. Team members are indirectly encouraged to run on their own steam, each one trying to keep their one-man-show going to keep up appearances. Rather than focusing on true results, each member is merely maintaining – grandstanding rather than innovating, and placing blame rather than collaborating. Naturally, very little is achieved.

Scrum offers a much-needed break from traditional project management models. It provides a safe space for team members to get involved in creating a great product. It removes the focus from the individual and puts it on the team as a whole. If this sounds too good to be true, join our two-day ScrumMaster training and certification class in Boston, Massachusetts. You’ll see that it’s not only true, but that it’s working in organizations around the world!

Now, Scrum is no magic bullet. It is a framework for success. It has facilitated fantastic success stories in organizations of every stripe – from small tech startups to short-staffed non-profits to huge multi-national corporations. It does work, but it takes training and a whole lot of dogged determination to achieve that success.

If you’ve read books on Scrum, you’ve probably found all kinds of “secret” keys to making Scrum work. When it comes down to it though, Scrum success begins and ends with you – and with each member of your team. If each member of your team fully believes in the framework and gets behind it, you will see the results. And you, as Scrum Master, will play a vital role in making that happen. To learn how to become that leader, join our ScrumMaster training and certification class in Boston, Massachusetts by getting in touch at info@winnowmanagement.com.